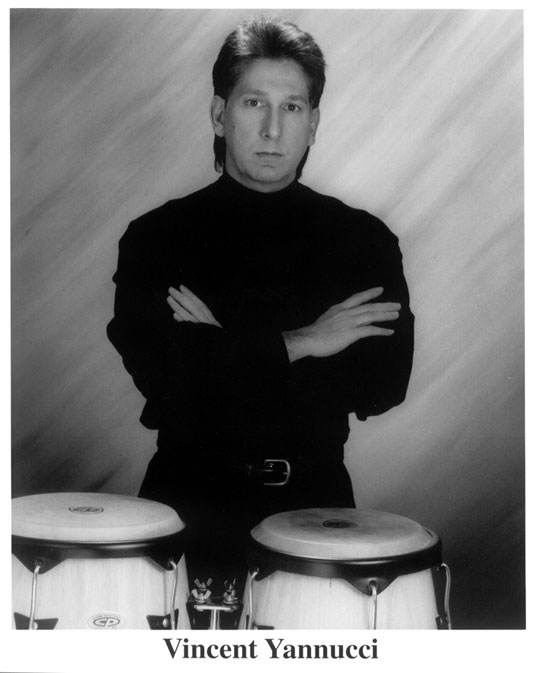 Vincent Yannucci was born in Warren, Ohio on August 25th, 1954. He comes from a musical family. Inspired by the Beatles performance on the Ed Sullivan Show, he took up drums. Being an independent musician in the 80's and early 90's, Vincent signed on with the Dead Dog Record Corporation in 1995 playing the drums and recording with Out of Nowhere and Gary Lee, undoubtedly one of the most respected musicians in the area, to record his first solo project a two song sampler "Santa Ana Winds" and "Wicked Venture" for Dead Dog Records. His unique blend of "Funk and Rock" is represented by these two dynamic fast pased tunes.

In March 2000, Vincent left Dead Dog Records to start his independent label, Starsound Records. He produced his first project The Best of Sammy Yannucci an Italian/American CD. Vincent then explored the realms of Rock, Boogie, R&B, Jazz Fusion and Pop in his 2001 release "Soul Groovers" on Starsound Records, his most successful project which received rave reviews. "Soul Groovers" received airplay in the United States and Europe. Instrumental Songs "Eclipse", "Night Flight", "Santa Ana Winds" and "Wicked Venture" were used on radio commercials. 2003 brings forth a ne CD, The Best of Vincent Yannucci "Eye on the Storm", produced by Vincent and co-produced by Mike Talanca which features new and live recordings with cuts from the "Soul Groovers" CD. Also in the works will be a recording of a live show for a future release. 2007 promises to be an exciting year for Vincent Yannucci's Soul Groovers.